Wanda was born in Cobleskill and moved to Oneonta as a child. After graduating from Oneonta High School she spent a year caring for her mother, Jessie Allen, who was suffering from cancer. After her mother died Wanda moved to New York City and studied to be a physician’s assistant. She found employment with Dr. William J. Hoffman, a cancer surgeon on New York’s Upper East Side. At a college dance a few years after World War II ended she met a Navy veteran, John Busharis, and they were married from 1951 until his death in 2013.

Wanda left Dr. Hoffman’s practice to raise two children in the 1960s. By the time she returned to work in the 1970s the medical field had changed tremendously, and she pursued administrative work instead. However, she never lost her interest in medical issues, particularly medical research.

Wanda also treasured her friendships with fellow Oneonta High School alumni, and traveled regularly for OHS reunions until her health no longer allowed her to do so.

This scholarship is intended for a student from Oneonta High School who intends to pursue higher education in a health-related field.

Additional information on scholarship criteria can be obtained from the guidance department at Oneonta High School. 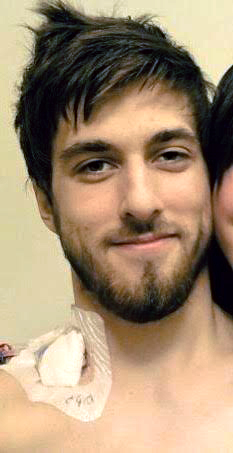 Shana Tova to all who celebrate! ... See MoreSee Less

One of the questions we most often field at the foundation is how to start a non-profit. Here's an opportunity that walks people through the process:
TAKE YOUR NONPROFIT CONCEPT FROM IDEA TO SUSTAINABLE ORGANIZATION
Thursday, September 29, 2022; 2:00–3:30 pm ET, 11:00 am–12:30 pm PT
Webinar
Featuring: Tokiwa T. Smith (she, her), Founder and Executive Director, SEM Link
Price: $30
You can start a nonprofit that benefits your community even if you can't (or don't want) to quit your day job. Then, that nonprofit can become your full-time job. It starts with defining your mission, developing a strategic plan for organizational growth, and raising funds so you can pay yourself and others.
learning.candid.org/training/2022-09-29-take-your-nonprofit-concept-from-idea-to-sustainable-orga... ... See MoreSee Less

Our Development Associate Mandie enjoyed a wonderful networking opportunity today put together by Greater Binghamton Chamber of Commerce held at Food & Fire! Here is a selfie of her and her new acquaintances, she said “It is all about community and seeing how we can connect with others to better be able to help!” ... See MoreSee Less

Before you know it the hills will be bursting with fall 🍁🍂 colors, but for now we enjoy the last warm sunny days of 😎 summer! Can you guess this town that is in one of the five counties we serve? 💭 🤔 ... See MoreSee Less