This annual award will go to the outstanding graduating senior student in the Johnson City (N.Y.) school district planning a career in music, whose drive and talent are reflective of former Tri-Cities Opera Artistic Director Duane R. Skrabalak (1949-2014), a 1966 graduate of Johnson City High School. Duane devoted his life to music, specifically to the performance of opera at Broome County’s own Tri-Cities Opera. His decades with TCO greatly enhanced the quality and reputation of the company. Because Duane’s musical road began at JCHS, his siblings, Dr. Dale Skrabalak and Darlene Skrabalak Kendrot, also JCHS graduates, believe his legacy is best memorialized there and have created the Duane R. Skrabalak Memorial Award in Music.

Duane’s tireless enthusiasm equally inspired the aspiring professionals who came to Tri-Cities Opera to study, the enraptured amateurs who eagerly toiled with the unpaid TCO chorus and the enchanted audience members who came to rely on his entertaining yet erudite Operalogue previews presented the week before every TCO main-stage production. And all that became possible because Duane himself found inspiration – from a Johnson City High School music teacher, the late Alan C. Crabb. Crabb, later a leading tenor with TCO, was chorus master for TCO when Duane was at JCHS and brought Duane into the company.

In his early years with TCO, Duane sang leading bass/baritone roles as well as serving as staff accompanist and a vocal coach. He succeeded Crabb as chorus master in 1972 and retained that position throughout his TCO career, even as he rose to conductor (debuting in Faust in 1974) and eventually TCO artistic director (from 1995 until his retirement in 2010).

Duane represented TCO in many more ways than just on the podium at The Forum, Broome County’s performing arts center. He was a founder and artistic director of Opera-Go-Round, Tri-Cities Opera’s touring education program of one-act operas, and, from 1998 to 2010, he served on the faculty of Binghamton University as an Adjunct Assistant Professor of Voice/Opera for the Master of Music program with specialization in Opera. Conversant in several languages, he also was TCO’s chief language and diction teacher

Scholarship recipients will be determined by school music staff. Applicants should meet the following requirements:
• Pursuing a career in music performance or music education
• Attendance at a 2 or 4 year college or university, preferably as a music major
• Consideration also to be given to:
GPA
Participation in school music ensembles
Character
Financial need may also be considered

Additional information on the scholarship and criteria requirements can be found through the JCHS Guidance Department.

You can contribute by making your tax-deductible donation today!

Mail your check to: 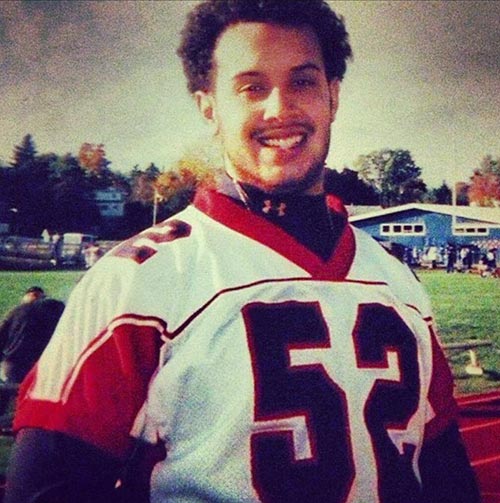 THIS FRIDAY! Registration link below :)Register today to find out about our grant opportunities planned for 2022 and receive tips and strategies for a successful application!You are invited to a Zoom meeting. When: Jan 28, 2022 10:00 AM Eastern Time (US and Canada) Register in advance for this meeting:us02web.zoom.us/meeting/register/tZctdOCqrDgsGNeAPDm5sq4XihA33mxm21ZW After registering, you will receive a confirmation email containing information about joining the meeting. ... See MoreSee Less

Our year-end grants covered a lot of ground and a variety of causes and needs. The American Civic Association - Binghamton has served the immigrant community since 1939 to "integrate all immigrants in the community and to foster the appreciation of their diverse cultural heritages." We're pleased to announce that we awarded them a grant of $6,500 for their Refugee Social Services Program. ... See MoreSee Less