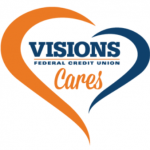 For over 50 years, Visions has been dedicated to its members, communities, and employees. Starting with just eight people and $40, Visions has grown to over $5.5 billion in assets and serves over 230,000 members. These members span not only our core states of New York, New Jersey, and Pennsylvania, but are as far abroad as all 50 states and numerous countries around the world.

Our members know that Visions is here to take care of them and support their communities. Our goal is to uplift those who need it and provide financial guidance every step of the way. Whether it’s through financial wellness lessons, competitive rates on savings and loans, or even our donations totaling over $1 million each year – we’re here for you. Because at Visions, money matters to people, and people matter to us. 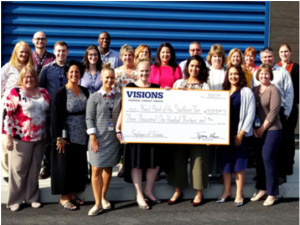 But, that’s not enough for us here at Visions. We take the “people helping people” credit union ethos to another level with programs like Visions Cares and the Visions Investment Services Community Impact Fund.

These efforts embody all we do to give back, not just the millions of dollars we give to causes in the communities we serve, but through employee volunteerism and acts of kindness as well. We further this commitment through financial literacy programs in our communities and schools. Visions even has a handful of in-school branches run by and for students.

Visions Investment Services was established in 2004 and is the wholly-owned wealth management and financial planning arm of Visions FCU.

Endowment for Visual Arts in the Communities